David joined the family construction business in the spring of 1988. After completing a successful career in the textile industry working for Milliken and Company, David helped implement and coordinate the construction process that has been successful with over 330 projects. While growing up in the family business and experiencing some of his father’s developments, David was exposed to the construction side of the business one summer by building and leasing mini-warehouse units.

As President of David Frank Builders, David has professionally managed full turnkey construction services for light commercial, land acquisition and development along with single & multifamily projects. He's maintained satisfactory relationships with owners, municipalities, lenders, architects, engineers, and over 330 customers. He's provided continual project analysis starting with scope, specifications, budgeting, scheduling, quality control, monitoring, and close-out documents. And, managed over 20 projects per year for 20 years and supervised a staff of 15 employees. In 2009-10 he was hired by English Construction as the onsite Project Manager for the Greenridge Recreation Center (LEED Gold).

Like his father, David was President of the Roanoke Regional Home Builders Association in 1997 and was chosen "Builder of The Year". Then, the company in 2004 was awarded "Small Business of the Year in Construction-Real Estate" by the Roanoke Regional Chamber of Commerce, along with an "Environmental Stewardship" award (2005) from Roanoke Valley Preservation Foundation for protecting a critical viewshed along the Blue Ridge Parkway with the development of Mason's Crest in Roanoke County.  In 2007, he was appointed Planning Commissioner for the Winsor Hills District in Roanoke County and served as its Chairman in 2012.

David completed his undergraduate work at East Carolina, receiving a BS in Business Administration in 1980. Currently enrolled in a Master’s program for Construction Management with the University of Alabama Birmingham to be completed March 2019.  David is married to Lisa (36 years and counting) and they have three beautiful children and a daughter-in-law.

Beginning in 1962 as an apartment builder, Frank has developed an insight and intuition that allows him to look at a piece of land and evaluate the potential for development. His strategic approach to building and land development has led him to weather the many peaks and valleys that come with the real estate market. His turnaround capability is highlighted by his accomplishment of coordinating the conversion of 72 apartments into condominiums with the complete sell out in less than 6 months. The owners recorded the highest possible profit due to his marketing and planning achievements being met ahead of schedule.

Frank’s exceptional track record of business improvement and financial success is based on his philosophy of involving all parties with planning, engineering, financing, and implementing projects while demanding an “on-time”, “top quality” job. He is known for his ability to quickly identify and diagnose sales and growth impediments that go far beyond marketing, working with his companies to refine their organizational structure and readjusting product offerings.

After returning from the Korean War, Frank completed his undergraduate work at Virginia Tech, receiving a BS in Business Administration in 1958, upon graduation Frank joined his father in their development and building business with the first of many subdivisions. Cherry Hill Park was the first of these many projects which included Motels, Apartments and offices. He currently serves on the Roanoke Regional Home Builders Board and as a National Director for the National Association of Home Builders. Frank is blessed to share his life with his wife, Liz, four grown children, two son in-laws, one daughter in-law and five beautiful grandchildren.

BL (David's Grandfather) had the vision to create homes for the working family. After 30 years as a contract coal miner in 1944 he moved his family from the West Virginia coal fields to start a new life in Roanoke. One of his first jobs was building windows at Huttig Sash & Door. The family's small farm was soon developed for new home construction and the year was 1947, the beginning of the Radford family tradition of homebuilding in the Roanoke Valley. BL remained active in the building business until his death in 1964. 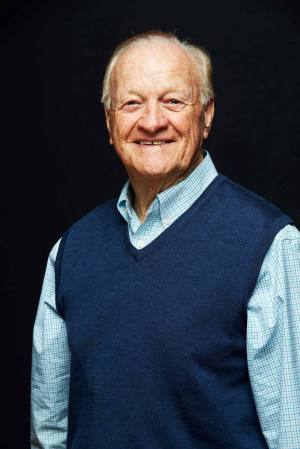